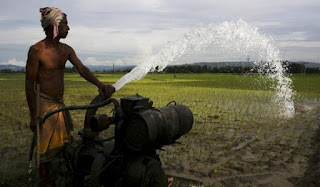 i. India has launched an online registration system for foreign employers who seek to recruit Indian workers, including nurses.
ii. According to the Indian embassy in Abu Dhabi, all the foreign employers need to register in the eMigrate system.
iii. The system makes it mandatory for the employer to fill in a registration application which will then be vetted by the Indian mission.
Awards 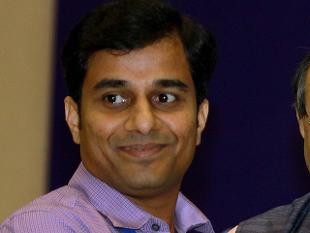 i. Sanjeev Galande was on 1 July 2015 selected for G D Birla Award for Scientific Research for 2014. The name was announced by the K K Birla Foundation and he is the 24th recipient of the award.
ii. Prof. Galande is a professor of Biology and Team Leader at the Centre of Excellence in Epigenetics, Indian Institute of Science Education and Research (IISER), Pune.

Darshan Jain, an Indian-American teacher named for US Presidential Award

i. Darshan Jain, an Indian-American teacher from Illinois, US in July 2015 was named for prestigious Presidential Award for Excellence in Mathematics and Science Teaching by President Barack Obama.
ii. Along with Jain, President named 108 Mathematics and Science teachers as recipients of the Award. The award is given annually to outstanding K-12 Science and Mathematics teachers from across the country and carries a cash prize of 10000 US dollars from the National Science Foundation.

i. Anisa Rasouli, the head of the Afghan Women Judges Association and a former juvenile court judge, was on 30 June 2015 nominated as the first ever female Supreme Court judge of Afghanistan.
ii. Afghan President Ashraf Ghani nominated her name as the female judge of the nine-member bench Supreme Court and now, Rasouli’s nomination will require an approval from the Parliament.

i. U P Singh was on 1 July 2015 appointed as the Interim Chairman and Managing Director (CMD) of state-run Oil India Limited. He succeeded S K Srivastava, who superannuated on 1 July 2015.
ii. U P Singh is a Joint Secretary (Exploration) under Union Ministry of Petroleum and Natural Gas.

i. The National Doctors’ Day was celebrated in the city on Wednesday. The day is observed to commemorate B.C. Roy, a highly respected physician and a freedom fighter who was the second Chief Minister of West Bengal in Independent India.
ii. The national Doctor's Day is always observed in the United States of America on the 30th Day of March each year. In India it is observed on 1st July every year.