July 03, 2015
Directions (Q.1-10): Read the following passage carefully and answer the questions given below. Certain words/phrases have been printed in bold to help you locate them. 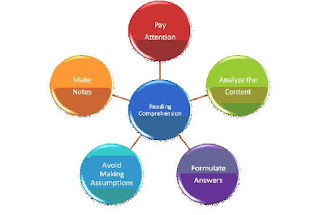 Monday’s attack on the Afghan Parliament building demonstrated the Taliban’s unshaken capability to strike at even the most fortified of complexes in Kabul. This fits into its strategy of staging high-profile assaults aimed at gaining asymmetric superiority in the Afghan war. In the past they had attacked the Presidential Palace, the U.S. and Indian embassies and the Intercontinental Hotel in Kabul. The Parliament attack coincided with a vote in the House to endorse a new Defence Minister. The Taliban have been on the offensive since most of the foreign troops, some 14,000 of them from 40 countries at the peak of war, withdrew late last year. The Taliban’s actions have often been exposing the vulnerabilities of Afghanistan’s fledgling army. If the Taliban are allowed to return to power, it would be catastrophic for the Afghan people, particularly for millions of its women who were deprived of even basic human rights under its erstwhile regime. Given the tribal politics and lawlessness in Afghanistan’s rural areas, and the Taliban’s geopolitical relevance in the extremely complex South and Central Asian theatre, it will prove difficult for any anti-Taliban strategy to gain immediate traction. If the past 14 years of war in Afghanistan offers any definite lessons to the actors involved, it is that insurgency cannot be defeated only by military means. One of the grave mistakes the American-led troops committed was their excessive emphasis on a military solution, while reconstruction and creation of infrastructure, and building of institutions, were pushed to the back seat.
President Ashraf Ghani, who took power in September 2014, had promised to fix the vital issues. But his performance has not been impressive either. That Afghanistan, which has been at war for years, does not have a Defence Minister for the last nine months, itself speaks volumes about the state of its political affairs. What Afghanistan needs is a multi-pronged strategy, supported by the international community, focussing on nation-building and security challenges as well as regional diplomacy. First, the government has to establish itself as a credible, service-delivering and security-providing institution to gain the trust of its people. It should focus on taking the social ground away from the Taliban, at the same time bolstering its own security resources. The international community has an obligation to help this strategy, both economically and diplomatically. It is worth noting that after the Soviets retreated from Afghanistan in 1989, it took just three years for the Mohammad Najibullah regime to fall, plunging the country into a deadly civil war from which the Taliban rose to power. It is the responsibility of both Kabul and its backers abroad to make sure history doesn’t repeat here.

Q2) Which of the following is true according to passage?

A) It is very difficult for any anti-taliban strategy to gain traction in Afghanistan’s rural areas
B) Ashraf Ghani ,the Prime Minister of Afghanistan, rose to power in 2014
C) Afghanistan does not have a Defence Minister for last nine months

Q3) Which of the following is not true according to passage?

A) Taliban’s attack on Afghan parliament coincided with the oath ceremony of the new Defence Minister
B) One of the grave mistakes the American-led troops committed was their excessive emphasis on a diplomatic solutions
C) Mohammad Najibullah regime fall, three years after Americans withdrew there troops  from Afghanistan in 1989

Q5) What does this phrase means “If the past 14 years of war in Afghanistan offers any definite lessons to the actors involved, it is that insurgency cannot be defeated only by military means.”
a) Afghanistan’s Insurgency can only be defeated by Diplomatic means
b) In past there has been excessive emphasis on military solutions
c) Reconstruction and recreation of Afghanistan is  not necessary
d) It is difficult for Taliban’s army to gain traction in Afghanistan
e) Democratic government in Afghanistan needs only military aid from Foreign Governments

Q6) Which of the following is the synonym of the word "fledgling"?
a) Professional
b) Soldier
c) Tenderfoot
d) Skillful
e) Qualified

Q7) Which of the following is the synonym of the word "pronged"?
a) dull
b) Blunt
c) insensitive
d) Divaricated
e) Polite

Q8) Which of the following is the synonym of the word "insurgency"?
a) compliance
b) calm
c) submission
d) consent
e) Rebellion

Q9) Which of the following is the antonym of the word "fortified"?
a) Unguarded
b) Secure
c) Faithful
d) Armed
e) Garrisoned

Q10) Which of the following is the antonym of the word "bolstering"?
a) cushion
b) Halt
c) fasten
d) uphold
e) strap

Answers for the above questions are as follows