December 26, 2015
Directions--(Q. 1-5) Study the information carefully and answer the given question. 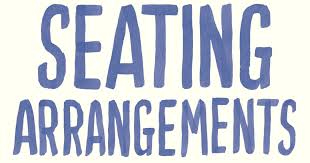 A, B, C, D, E, F, G and H are sitting around a circular area of equal distances between each other, but not necessarily in the same order. Some of the people are facing the centre while some face outside.

3. Four of the following five are alike in a certain way based on the given seating arrangement and so form a group. Which is the one that does not belong to that group?
(A) F
(B) H
(C) B
(D) G
(E) D