Bonds are instruments of debt - typically used by corporates to raise money from investors.

Previously Indian companies had to rely on external commercial borrowings or ECBs to raise money from overseas investors. The challenge with ECBs is the entity raising money is faced with a currency risk - they have to be raised and repaid in dollar terms. So if till the time of repayment the conversion value of Rupee to Dollar down further then the Indian company has to larger Rupee to repay the pre determined Dollar value. 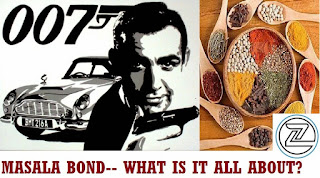 What are masala bonds?

With a masala bond, a corporate could issue Rs. 10 billion worth of bonds with the promise of paying back Rs. 11 billion in one year. But as the Indian rupee has limited convertibility, the investors will lend the dollar equivalent of the Rs. 10 billion. After one year, the Indian corporate needs to pay back the dollar equivalent of Rs. 11 billion. The currency risk is with the investor.